TL;DR: When you consider adding new products/offerings, ask which ones move you closer to your goals.

Planning a new offering for your business, is exciting. This is one of those “grass is greener” things. You already know the parts of your business that suck; but, someone else’s business looks easy. (It never is.)

Expanding your offering is risky. Pick the wrong addition, and you’ll confuse customers—or damage your core business. Take on too much, and you’ll get worn thin.

I’m going to use a (rather flimsy) metaphor, to tell this story. As you read it, you’ll think “this is rather flimsy.” Oh well. It generally works, and… I told you so. 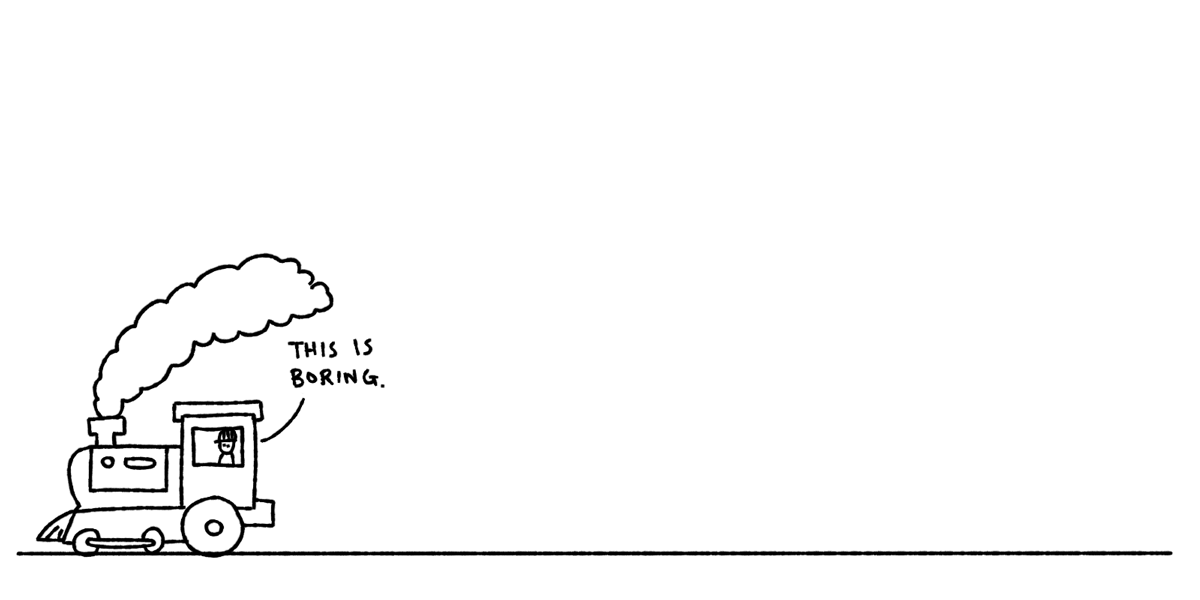 Let’s pretend you own a train and it can take you anywhere. (Lucky you.) In this scenario you can choose any destination, but can only go to one at a time. Your business is that train.

A lot of people think they can travel to two destinations at the same time. They figure they can do that other thing “on the side”. What they soon realize is that each offering comes with a heavy load. By this, I mean new infrastructure, expertise, and systems. Plus, they lose their focus while trying to juggle all of these competing interests.

Here’s a quick example: At some point, David’s Tea introduced tea-infused beauty products to their line. In one way, this probably seemed sensible, as it’s tea-based. That said, tea and beauty represent two separate destinations. The train can’t go to both at the same time1. As I write this, most of the beauty products on their website are on sale (my bet is that they’re dropping them). 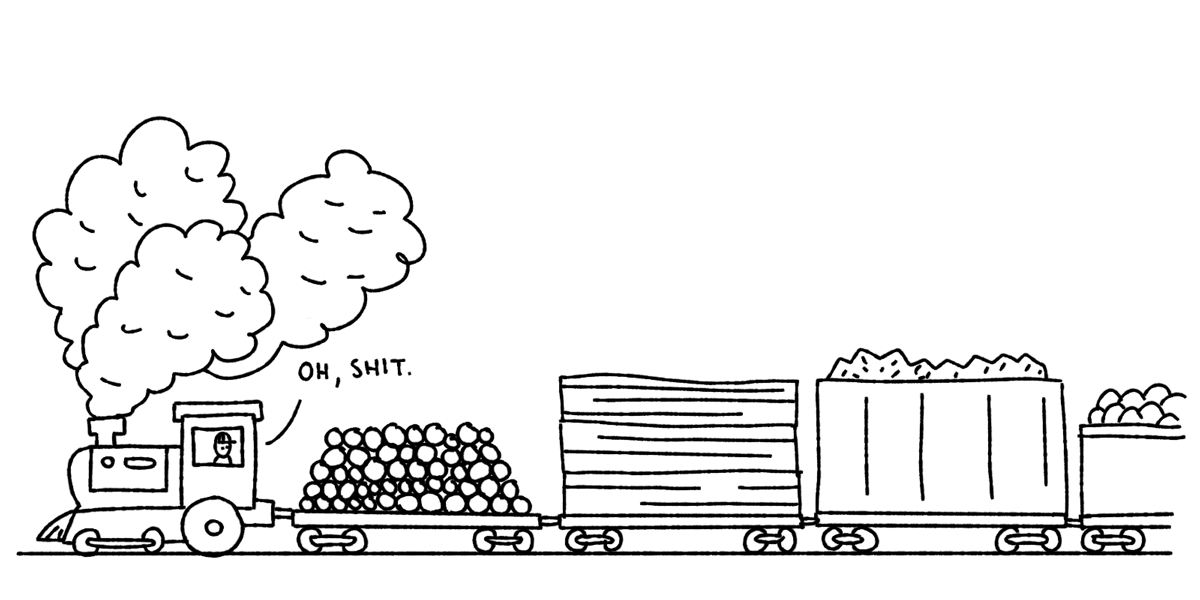 Both trains and businesses can carry more—so long as what they carry points in the same direction. That said, as the load gets heavier, you start to run into problems.

I’ll use our own company as an example of this.2 In 2010, we figured we could better service customers—and pursue new business—by being full service. So, we started planning campaigns, buying media, and producing video content.

These offerings pointed in the same direction. And, we pulled off a few decent projects. That said, the load was too great. The costs of equipment were high. Our expertise was thin. We pushed our people too hard. In time, we dropped those offerings and went back to what we knew and did well. 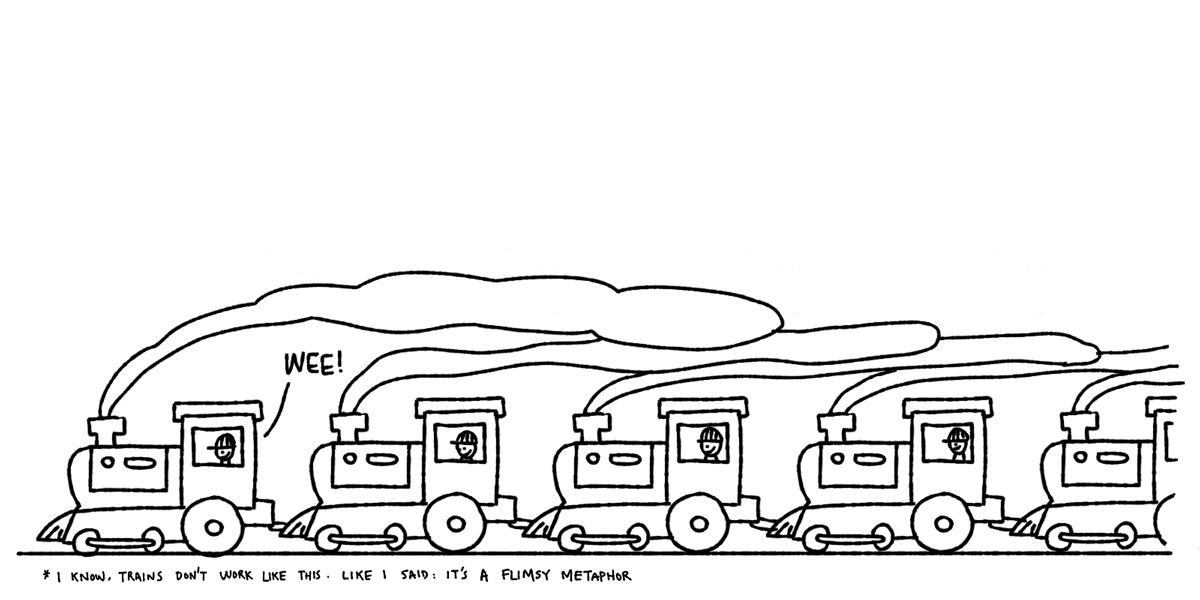 There is one way to add to your offering, and move your company further. This is to strap another engine (or another few engines) to it. This, too, is difficult—especially if you’re light on fuel (time). But, it can work out.

Courtland didn’t start with an audience or notable influence. He played small gigs and kept moving toward one destination. As he did, he added new products/offerings that helped propel his efforts. Note that each addition he made focused on the same audience and value proposition.

Summarize your destination with two sentences. The first says what you’re making. The second identifies the value it affords. (I’ll use our new product as an example: Emetti is an SMS notifications system. It will help companies engage and reward loyal customers.) Once you’ve done this, itemize all the other things you’re currently doing. Now, remove each one that doesn’t move you closer to your destination.4